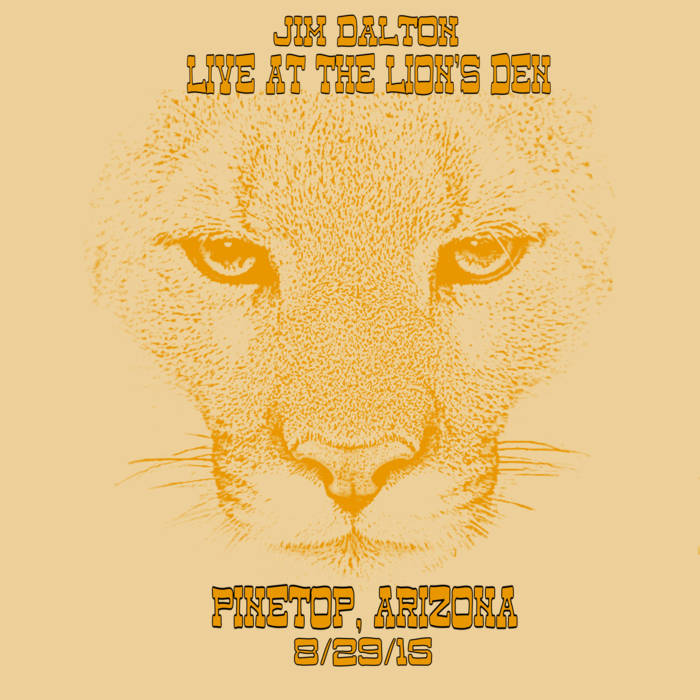 raindance777 I play this Pinetop show repeatedly just to remember these good times. Thanks for helping me pull through the hard times. In my head life really is one big musical. I’m grateful for the memories, especially in these times. LYLT😇

krispy Another great live release from a fun, talented singer/songwriter/guitarist!! Keep 'em coming, Jim! You need to do this for a 3 Amigos show! Favorite track: Can't Love You Like He Can.

Jeanne Downer So hard to pick favorite song. Love them all!! Favorite track: I-70 Westbound.

Hi music loving person. This is me solo at a really cool place they call the Lion's Den in Pinetop, Arizona, on the afternoon of August, 29, 2015. Just before I got there, it rained and was cold and cloudy and there was lightning. I thought the gig wasn't going to happen. But it did. And that made me happy because everyone there was really cool and fun. Friendships were made. Laughs were had. Many beverages were consumed. I love me a good day-drinking crowd. Oh, and the Lion's Den has this burger called the "wine burger" that you should try if you ever get there. Nothing has been "fixed in in the mix." All clams are left fully intact. For you non-musicians, "clams" are mistakes. No auto-tuned vocals here (well except intentionally like on the Cher and Madonna covers I did) but unfortunately those could not be shared here for copyright reasons. I admit I cringed often times as I listened to my far from perfect vocals, and my sometimes ill-timed and flubby guitar solos but I hope it gives you of sense of how nice it was to be there that day.
Thanks for listening,
JD
ps.. There are hidden bonus tracks included with purchase.

Colorado-based Country, Americana, Roots singer-songwriter, and lead guitarist for Roger Clyne & the Peacemakers. Lead singer & guitarist of the Railbenders and the Hickman-Dalton Gang.

Bandcamp Daily  your guide to the world of Bandcamp